My first full day in Newport started off with a delicious fresh breakfast of fruit, eggs, peach waffles, and homemade vanilla whipped cream! The Francis Malbone House knows how to make the best breakfasts!

(The waffles and whipped cream are beyond amazing!)

Then my mom and I were off to the mansions! Bellevue Avenue is a stunning boulevard lined with old lamps and overhanging trees. We decided to head to Rosecliff first, which is the site of the 1974 Great Gatsby film! 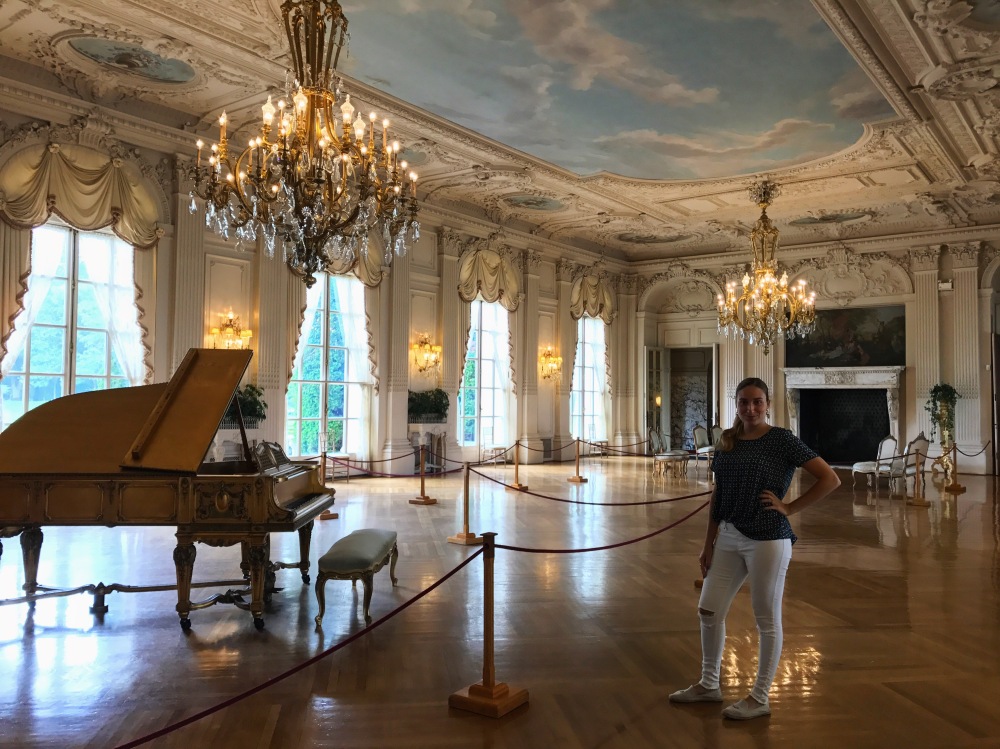 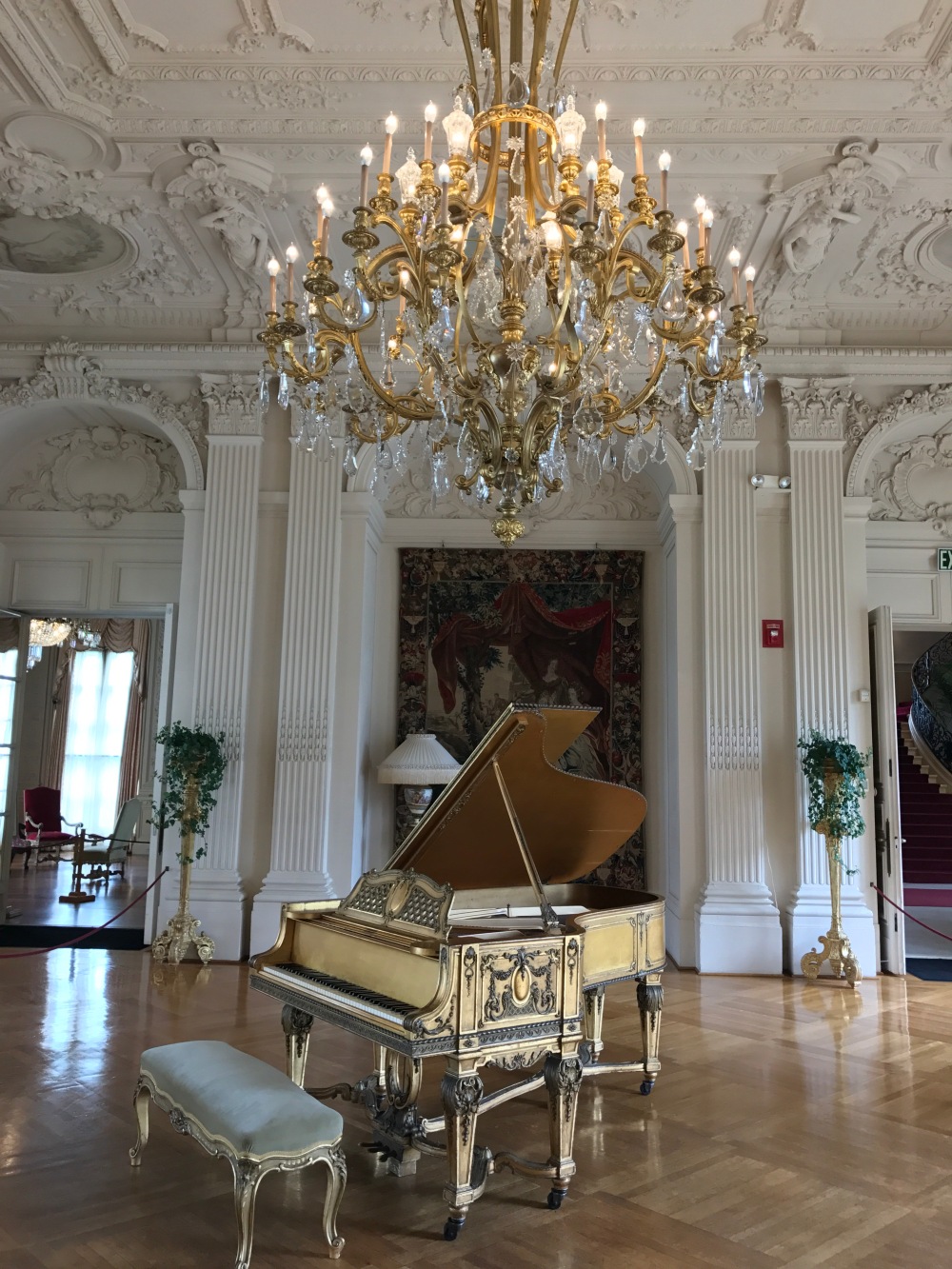 The grounds and rooms were spectacular! And there was even a surprise Pierre Cardin fashion exhibit on the second floor of the mansion, which provided a much-needed change of pace from the intricate architecture of Rosecliff. 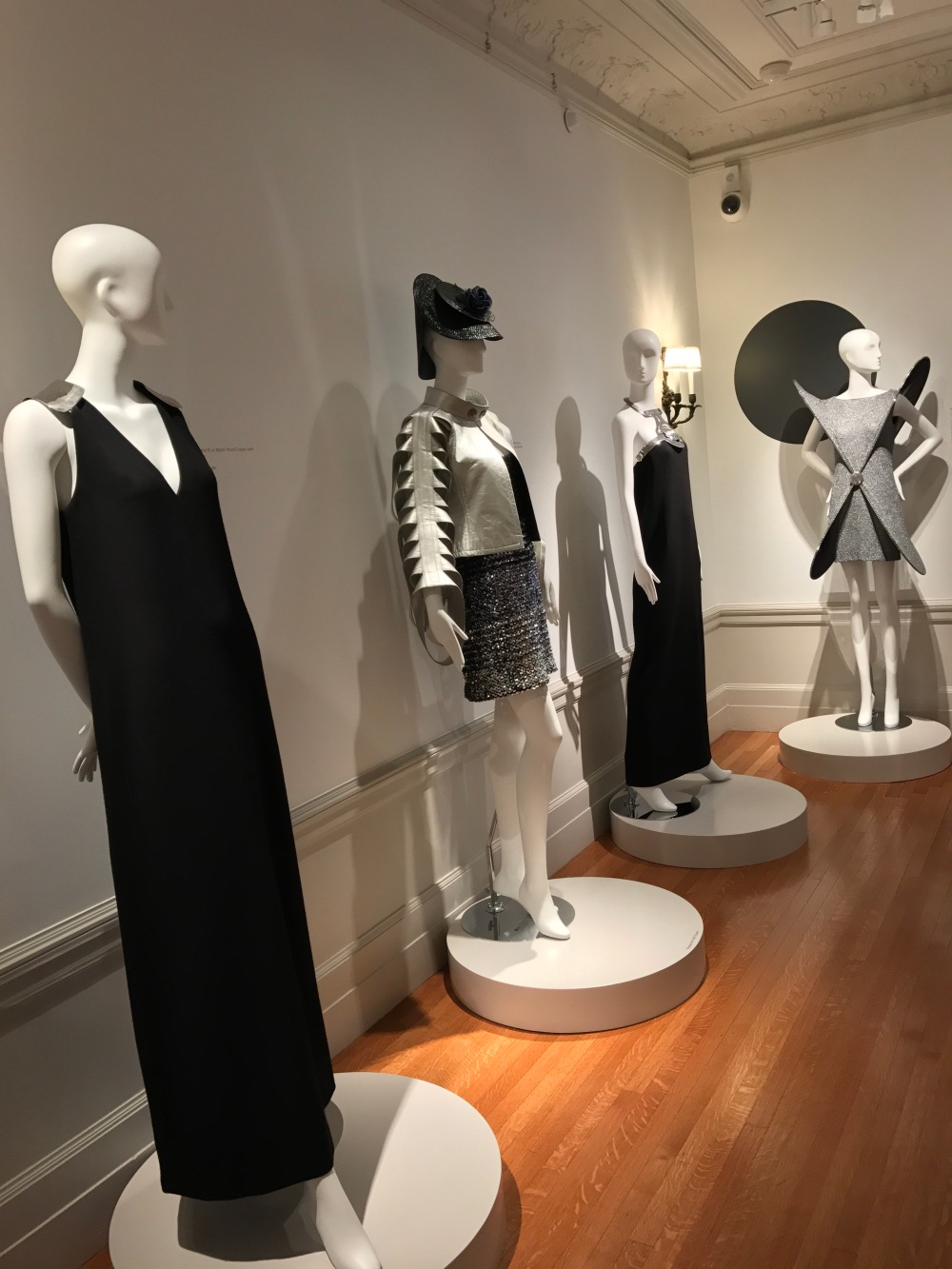 Then we headed off to Marble House, a Vanderbilt mansion that was extremely opulent in every respect. Every single room you walked into looked like the inside of a jewelry box or a Fabergé egg. 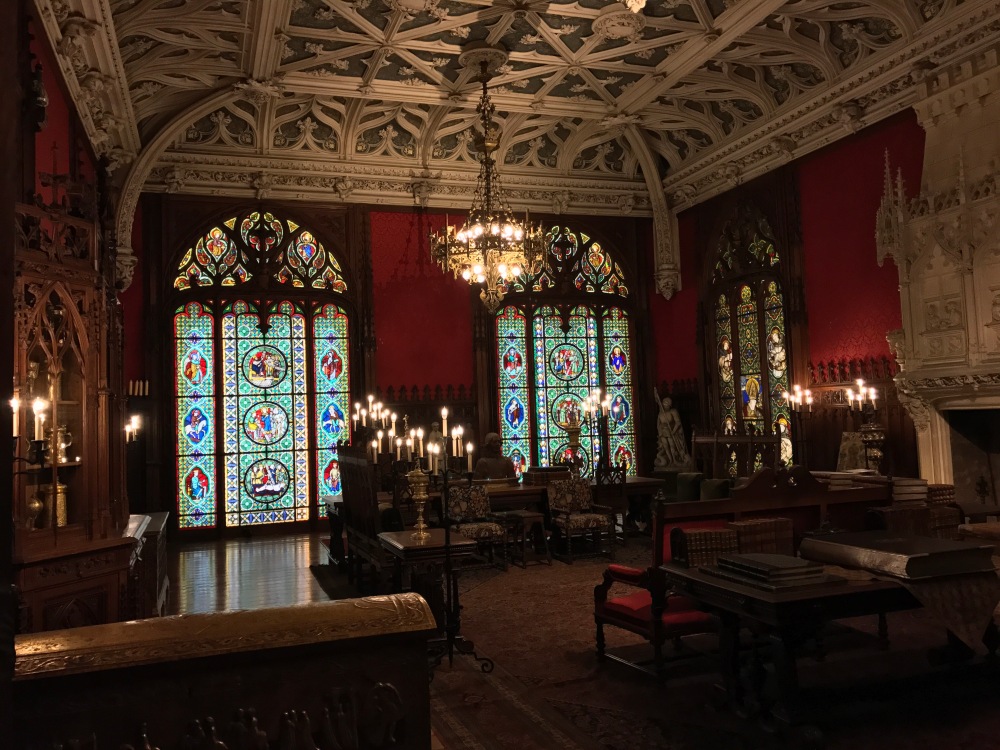 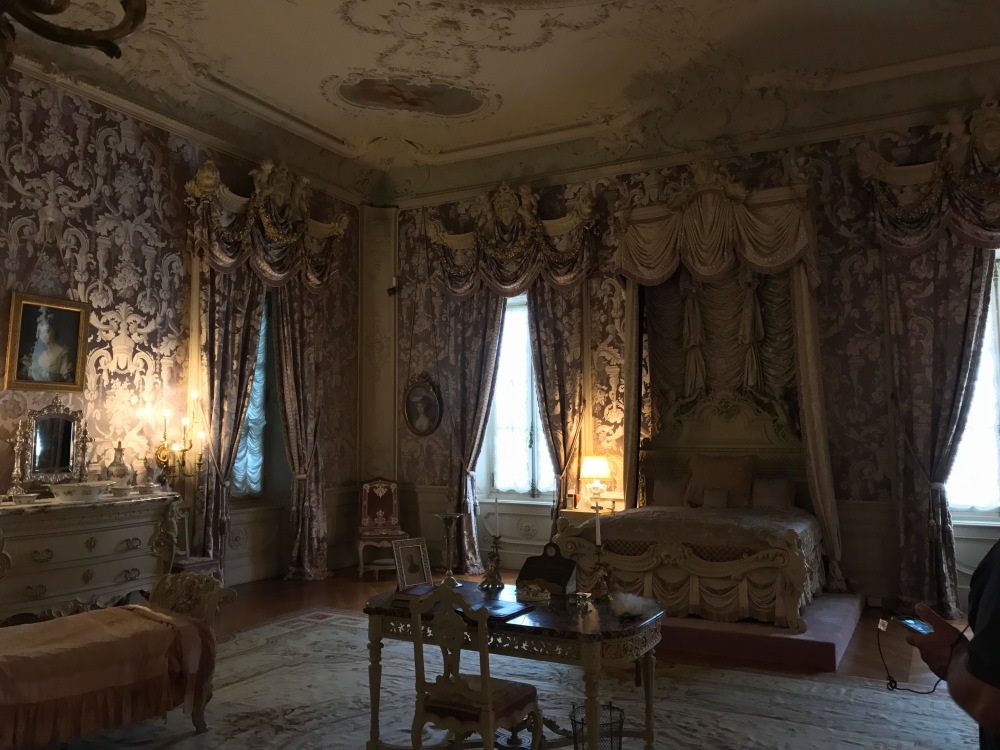 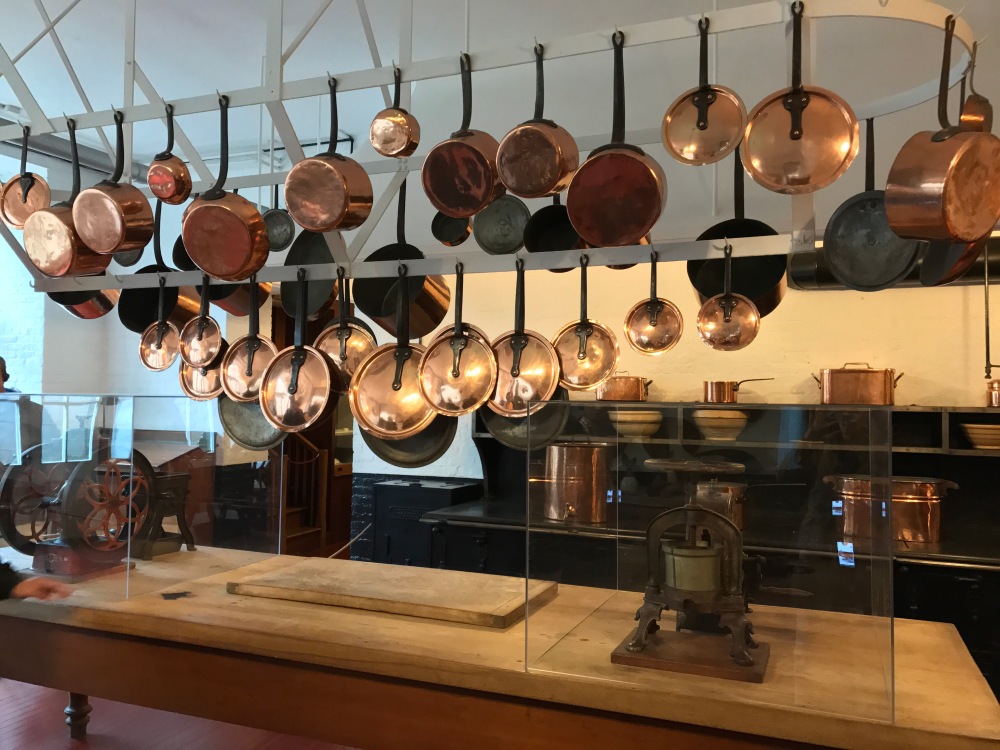 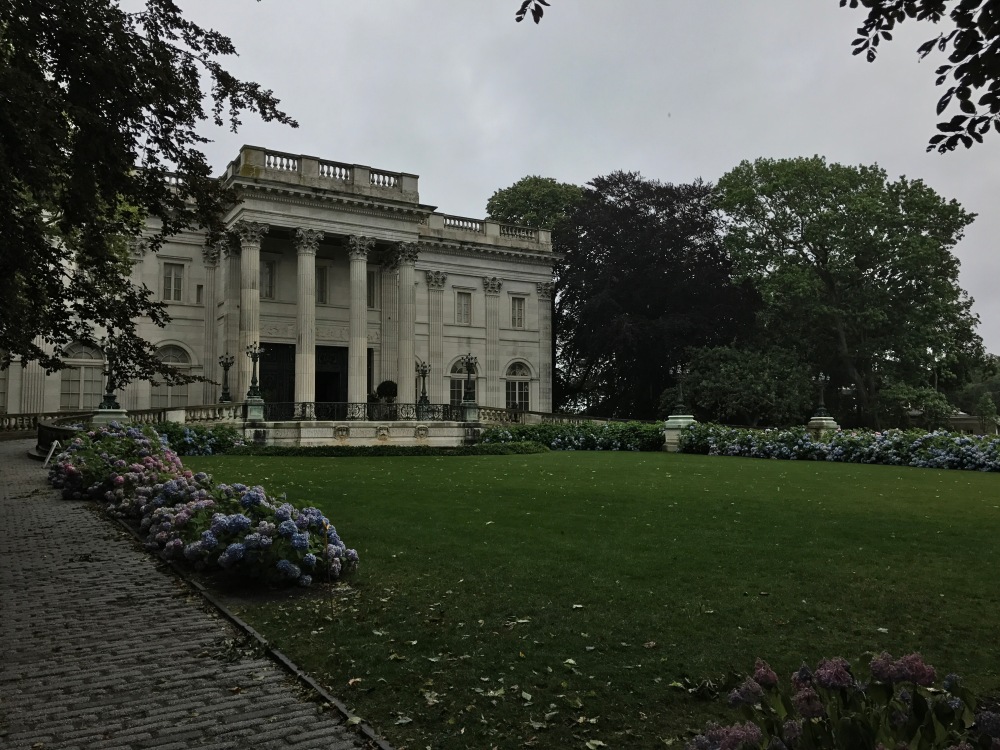 Even the rain didn't dull the beauty of the hydrangeas flanking the house or the Chinese Tea room located to the back of the property. The interior of the house was dripping in gold and marble – a truly exquisite example of craftsmanship.

We got rather hungry after all this walking (trust me, you get in a good workout going in and out of rooms), so we headed into town for lunch by the wharf!

I had originally wanted to eat at the iconic Black Pearl, but it was so crowded that we headed to yet another great restaurant recommended by Malbone House: The Mooring.

We then went back to the Malbone House to rest a little and ended up arriving just in time for afternoon tea again! So we ate it. Of course.

Since we had such a late meal…and then afternoon tea on top of that, we decided to spend the rest of the afternoon exploring Newport and drove to the Inn at Castle Hill, which apparently has amazing food to match the views. (But since we had just eaten, we regrettably skipped any food there.) 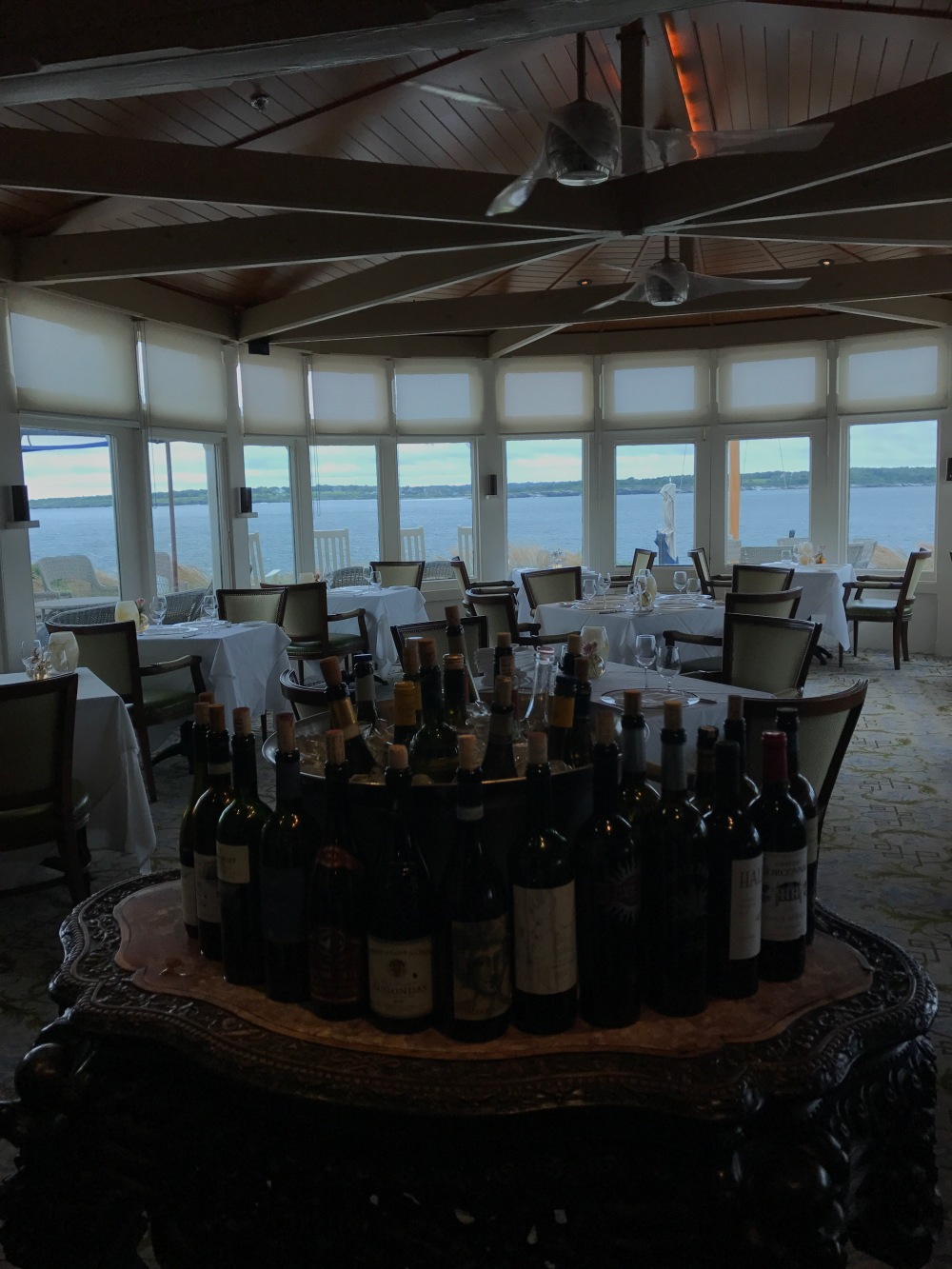 Saint Mary's Church in Newport is the church where John F Kennedy married Jacqueline Bouvier, the power couple that would become the President and First Lady a decade later. I wasn't able to go into the church, but it is absolutely beautiful!

Our final stop for the day was at the Midtown Oyster Bar: a local hangout with fantastic food and live music. It's apparently also a celebrity favorite, as James Taylor was seated two rows behind me! 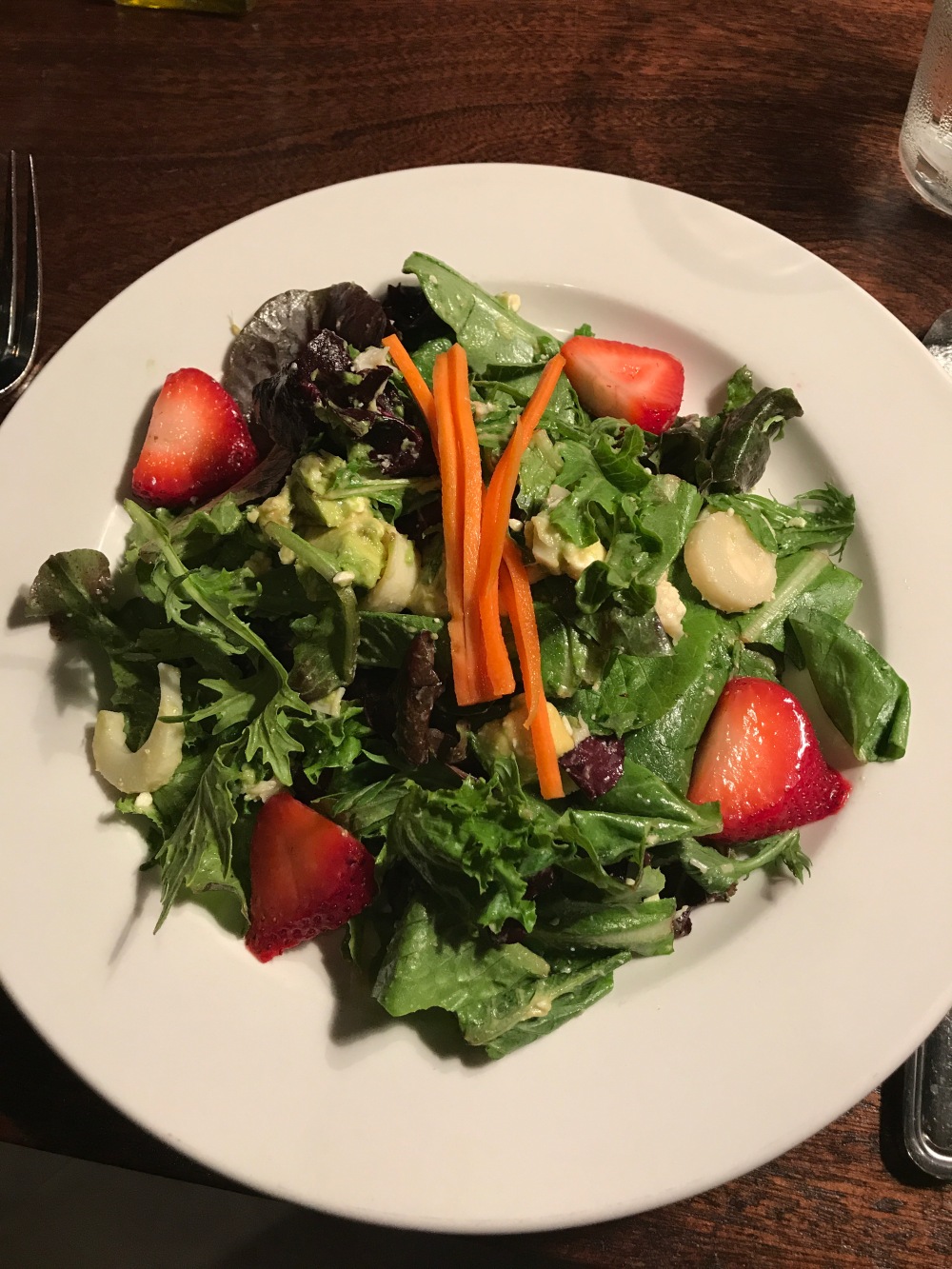 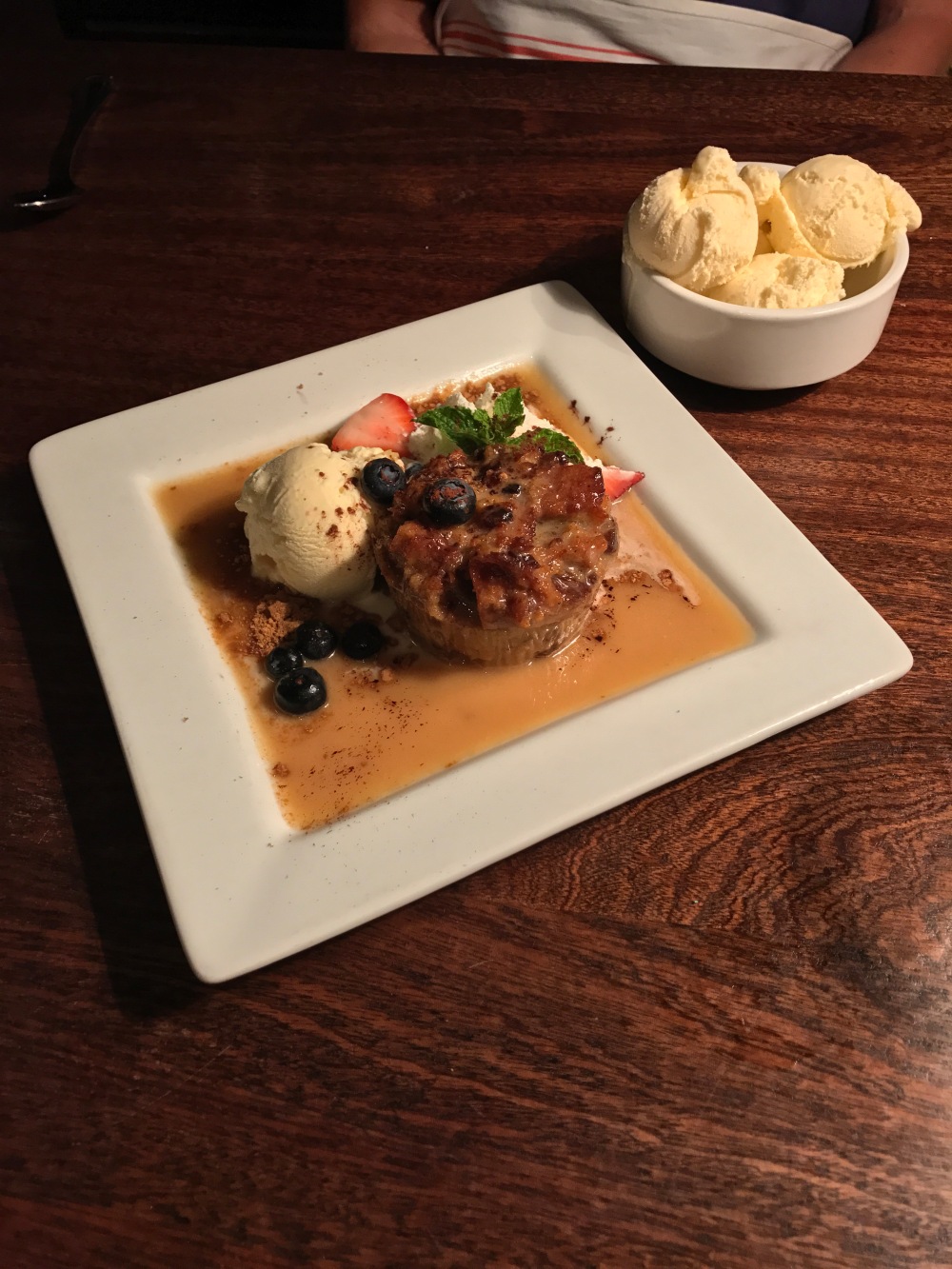 Another lovely night stroll back to the Francis Malbone House after dinner and we were ready to get some rest and get started on our final day in Newport! 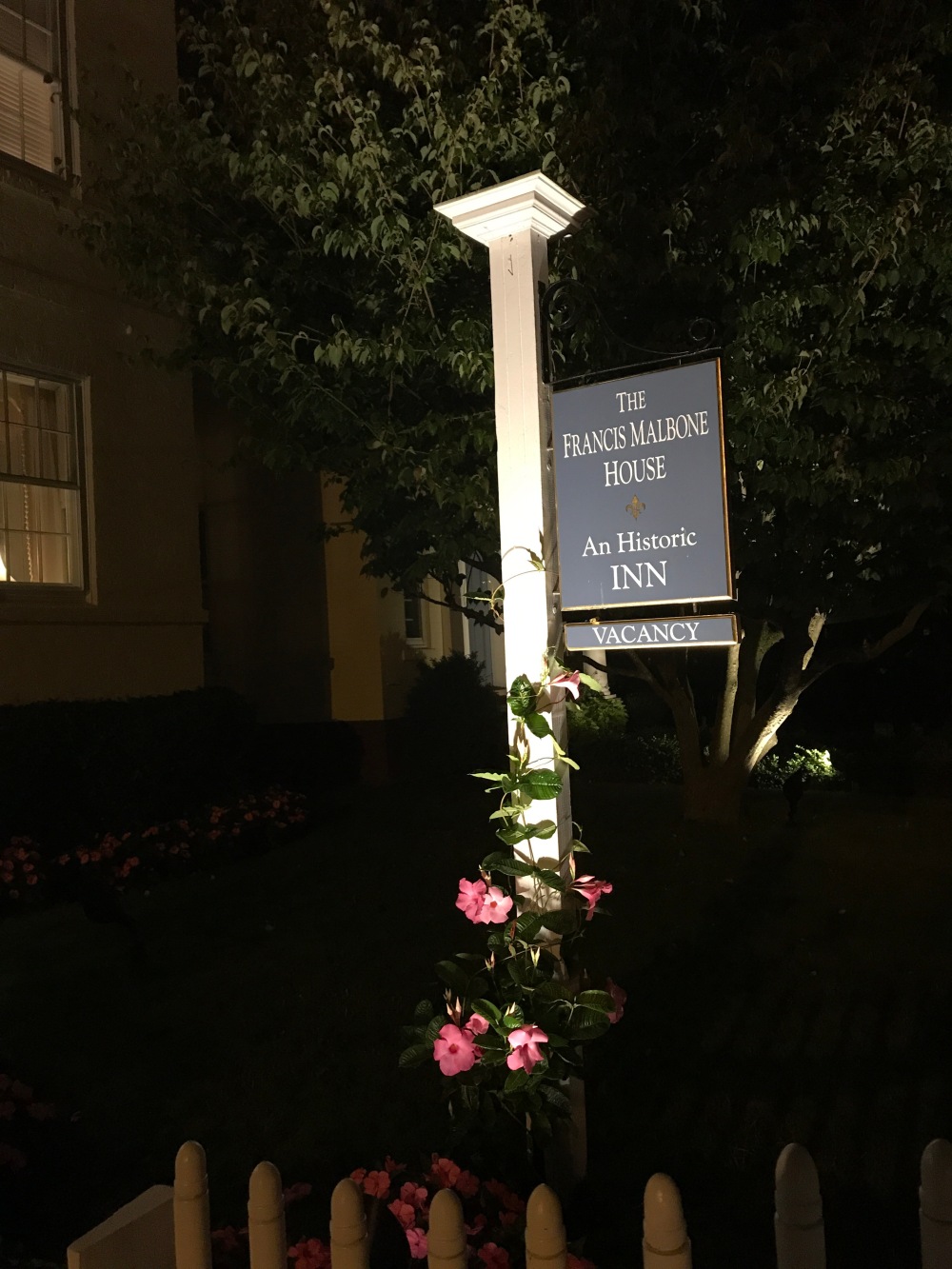 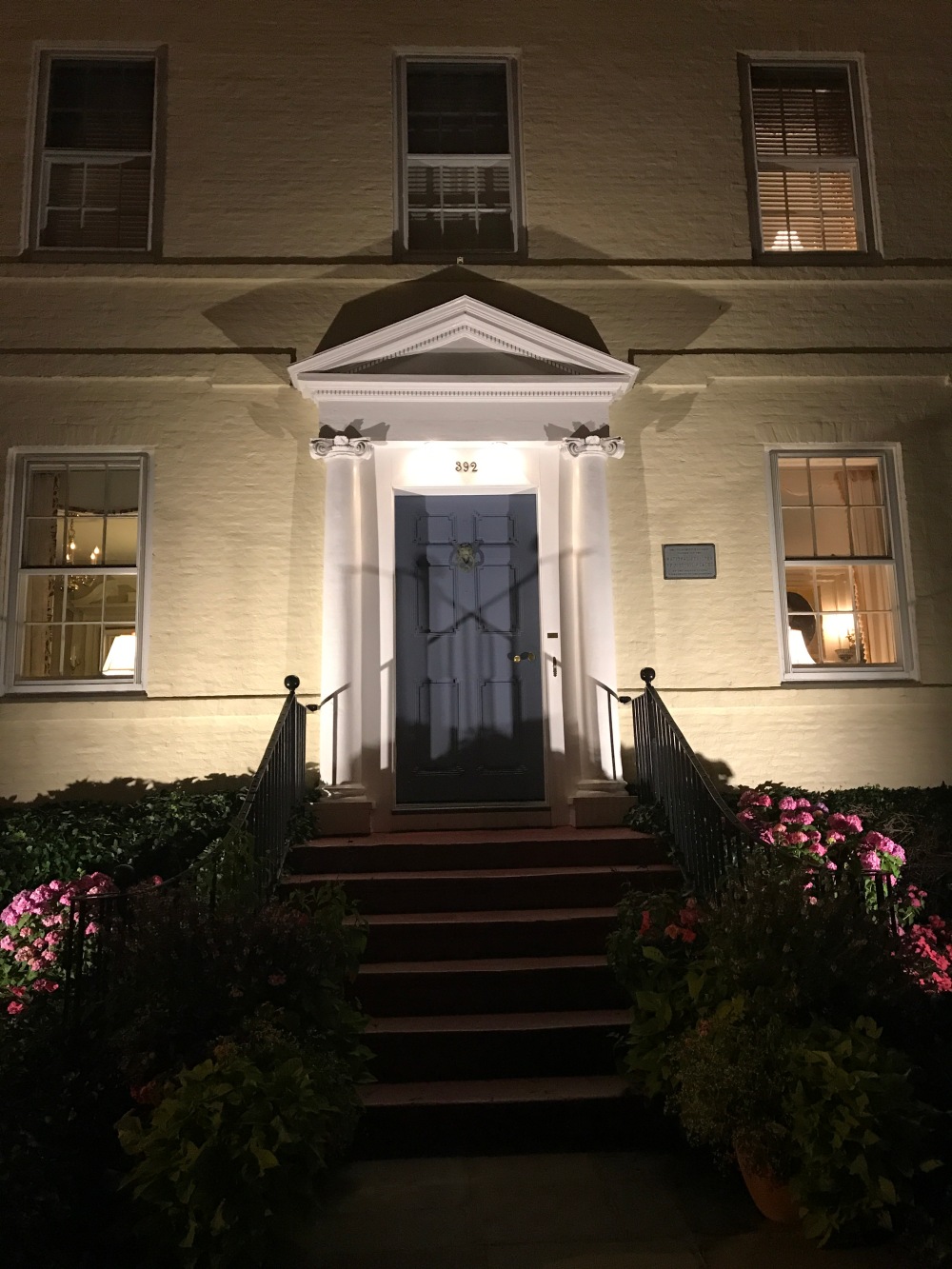